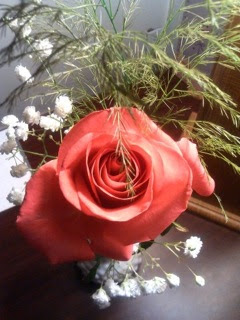 Last night as I was falling to sleep, I heard the words “Assertiveness is awesome” whispered to me in my sleep. I immediately woke up and grabbed my Blackberry and put it on my timeline on Facebook as a Post. I thought….why not look up the term “assertiveness” in the dictionary to make sure of the meaning. What I found was outstanding.

assertive |əˈsərtiv|
adjective
having or showing a confident and forceful personality: patients should be more assertive with their doctors.
DERIVATIVES
assertively adverb,
assertiveness noun
Assertiveness is a particular mode of communication. Dorland’s Medical Dictionary defines assertiveness as:

a form of behavior characterized by a confident declaration or affirmation of a statement without need of proof; this affirms the person’s rights or point of view without either aggressively threatening the rights of another (assuming a position of dominance) or submissively permitting another to ignore or deny one’s rights or point of view.[1]
During the second half of the 20th century, assertiveness was increasingly singled out as a behavioral skill taught by many personal development experts, behavior therapists, and cognitive behavioral therapists. Assertiveness is often linked to self-esteem. The term and concept was popularized to the general public by books such as Your Perfect Right: A Guide to Assertive Behavior (1970) by Robert E. Alberti, andWhen I Say No, I Feel Guilty: How To Cope Using the Skills of Systematic Assertiveness Therapy (1975) by Manuel J. Smith.

The goals of assertiveness training include:[4]

Assertive communication involves respect for the boundaries of oneself and others. It also presumes an interest in the fulfillment of needs and wants through cooperation.[5]

According to the textbook Cognitive Behavior Therapy (2008), “Assertive communication of personal opinions, needs, and boundaries has been … conceptualized as the behavioral middle ground, lying between ineffective passive and aggressive responses”.[6] Such communication “emphasizes expressing feelings forthrightly, but in a way that will not spiral into aggression”.[7]

If others’ actions threaten one’s boundaries, one communicates this to prevent escalation.[8]

At the opposite end of the dialectic is “passive communication”. Victims may passively permit others to violate their boundaries. At a later time, they may come back and attack with a sense of impunity or righteous indignation.

Assertive communication attempts to transcend these extremes by appealing to the shared interest of all parties; it “focuses on the issue, not the person”.[9] Aggressive and/or passive communication, on the other hand, may mark a relationship’s end,[10] and reduce self-respect.

Assertive people tend to have the following characteristics:[citation needed]

• They feel free to express their feelings, thoughts, and desires.
• They are “also able to initiate and maintain comfortable relationships with [other] people”[11]
• They know their rights.
• They have control over their anger. This does not mean that they repress this feeling; it means that they control anger and talk about it in a reasoning manner.
• “Assertive people … are willing to compromise with others, rather than always wanting their own way … and tend to have good self-esteem”.[12]
• “Assertive people enter friendships from an ‘I count my needs. I count your needs’ position”.[13]

Fogging
Fogging[14] consists of finding some limited truth to agree with in what an antagonist is saying. More specifically, one can agree in part or agree in principle.

Some authors stress that assertiveness is not always practiced in a balanced way, especially by those new to the process: “[One] problem with the concept of assertiveness is that it is both complex and situation-specific. … Behaviors that are assertive in one circumstance may not be so in another”.[19] More particularly, while “unassertiveness courts one set of problems, over-assertiveness creates another.”[20] Assertiveness manuals recognize that “many people, when trying out assertive behaviour for the first time, find that they go too far and become aggressive.”[21]

After carefully studying the term and seeing the different aspects of it, especially after being so shy most of my life, I have come to the conclusion that God has blessed me with the assertiveness that I need for my ministry and my personal life. His voice speaking it to me last night is the proof. I used to be horribly shy and I allowed people to use me most of my life. I was passive in everything as people wiped their feet all over me gladly. God has given me the assertiveness to “get ‘er done and for that….Lord I thank You.
When I speak a thing, you can bet the farm on it that there is truth and lots of experience there. I don’t teach or preach anything in which I am not familiar in some way. I have studied the Word for approximately 25 years or more and I enjoyed every bit of my studying. It was a long but very enjoyable process. When someone asks me a question, I try to answer it as biblically as I can. I’ve answered questions more fleshly years ago, only to mess up situations and I was easily proven wrong. There is nothing that the flesh can offer. God is the answer to all things. If you answer His way….you are always right.
Assertiveness is awesome. Try it, you’ll like it. Defend the “you” that God has made you to be.
Deuteronomy 8:18,
Essie Scott