Skip to content
A lot of people are taking bath salts to get high and are saying that demons are taking over them and making them eat human flesh. If you look at their pictures you will notice that their hair is oddly wild and that their teeth have the appearance of weapons. It is as though it is the first thing that you see and notice in their pictures. The bible even tells us of how moms will eat their babies. A lady recently got high on Bath Salts and decapitated her 3 month old baby’s head and began to eat his brains. Folks this is real.
Leviticus 26:29
29  And ye shall eat the flesh of your sons, and the flesh of your daughters shall ye eat.
Deuteronomy 28:53
53  And thou shalt eat the fruit of thine own body, the flesh of thy sons and of thy daughters, which the Lord thy God hath given thee, in the siege, and in the straitness, wherewith thine enemies shall distress thee:
Deuteronomy 28:56-57
56  The tender and delicate woman among you, which would not adventure to set the sole of her foot upon the ground for delicateness and tenderness, her eye shall be evil toward the husband of her bosom, and toward her son, and toward her daughter,
57  And toward her young one that cometh out from between her feet, and toward her children which she shall bear: for she shall eat them for want of all things secretly in the siege and straitness, wherewith thine enemy shall distress thee in thy gates.
Ezekiel 5:10-11
10  Therefore the fathers shall eat the sons in the midst of thee, and the sons shall eat their fathers; and I will execute judgments in thee, and the whole remnant of thee will I scatter into all the winds.
11  Wherefore, as I live, saith the Lord God; Surely, because thou hast defiled my sanctuary with all thy detestable things, and with all thine abominations, therefore will I also diminish thee; neither shall mine eye spare, neither will I have any pity.
Jeremiah 19:9
9  And I will cause them to eat the flesh of their sons and the flesh of their daughters, and they shall eat every one the flesh of his friend in the siege and straitness, wherewith their enemies, and they that seek their lives, shall straiten them.
I am not trying to scare anyone but please stay safe. If you see anyone acting irradically, leave the area promptly. These people have superhuman strength. Just Google up “Bath Salts” or go to YouTube.com and type it in and you will see.
What came to my daughter’s mind just now as we ate and are watching crazy reports on the news was:
Revelation 9:8
8  And they had hair as the hair of women, and their teeth were as the teeth of lions.
Stay Safe Please and use wisdom?
Rev Esther R. Scott
revessie.com
TO RECEIVE DAILY SERMONETTES OR JOIN FOR FREE LESSONS:
http://www.groups.yahoo.com/group/newbirthministries
http://www.newbirthministrieshq.org 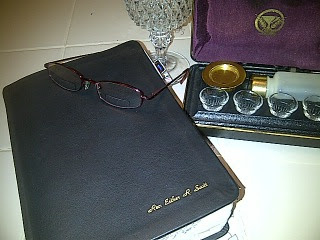 There seems to be a shift in the Entertainment Industry. J-Lo is leaving American Idol with Stevie Tyler to pursue their careers. Madonna is coming back slowly but surely. I hope she’s cleaner this time and not perverted as she was in the 80’s. Older groups like Earth, Wind and Fire and Kiss are performing on “Dancing with the Stars.” Mic Jagger is going to be here seemingly until Jesus comes back and even Aerosmith and Journey are re-grouping and some people are liking it.  Now if we can get more people singing about Jesus and His return, what a wonderful world that would be.

Lady Gaga is finally phasing out a bit with her demonic temples and shoulders showing while singing, “I was born this way.” People who think that they were born that way are going to be totally shocked when they find out that the Illuminati had homosexual laws passed so that they can take the population down, just as they had written on the Georgia Stones. Jay Z and Beyonce were seen one too many times with satanic emblems on their clothes or hands, losing their close-to being Christian or Christian audience. It seems that some entertainers aren’t playing the devil’s card anymore. It’s getting boring and old. It is possible that they are tired of the hubbub and flair of evil appearing to take over music and movies. Even the new Batman “Dark Knight Rises” is said to have  subliminal messages. I think that people are sickened by evil trying to take over all of entertainment. God owns everything not satan. I just saw a segment of how J-Lo and her crew bend their heads in prayer before going out on stage to perform. Although I am sure she is not singing about Jesus. Everything isn’t satanic though. Even some sports teams pray before playing.
Michael Jackson began to stand up against the Illuminati and groups like it just before he passed. So did Whitney. Now even Whitney is mysteriously gone. Everyone who stands against the wicked seem to die odd deaths. Now Michael’s daughter is correcting his sister Janet and certain other Jackson family members for “lying” about their mother having mini-strokes so that they can take over Michaels’ money. Whew! It’s hard to keep up with it all.  Glad we don’t have to. Keep your minds stayed on Jesus.
No matter what it may look like on the outside, I can tell you with a blessed assurance that Jesus is going to win no matter what happens in the entertainment field or any other field of this cursed Earth.
God bless those who bless Him in any way possible. May the praying entertainers continue to do so and all others who are believers. Don’t stop and don’t listen to the whispers of the enemy of your souls. (But it would be even better to sing, etc for the Kingdom.)
Essie
Rev Esther R. Scott
revessie.com
TO RECEIVE DAILY SERMONETTES OR JOIN FOR FREE LESSONS:
http://www.groups.yahoo.com/group/newbirthministries
http://www.newbirthministrieshq.org